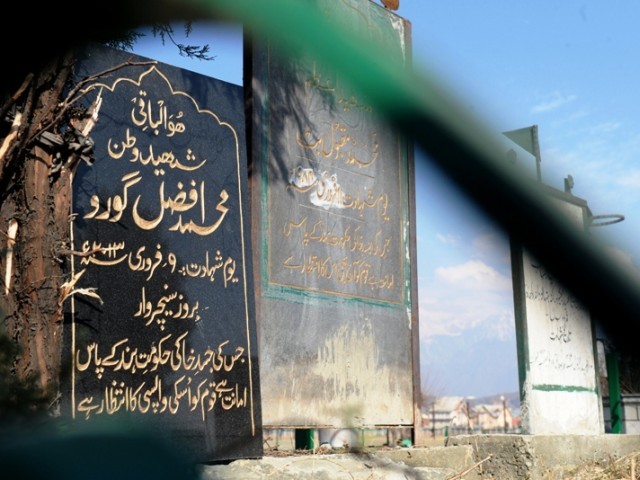 Call for the shutdown has been given by the Joint Resistance Leadership comprising Syed Ali Gilani, Mirwaiz Umar Farooq and Muhammad Yasin Malik to press the demand for the handing over of the mortal remains of Muhammad Afzal Guru and renowned Kashmiri liberation leader, Muhammad Maqbool Butt, from New Delhi’s Tihar Jail to occupied Kashmir for decent burial.

The JRL has also given a call for complete shutdown and peaceful protests on Monday (February 11) on the martyrdom anniversary of Muhammad Maqbool Butt and a march towards Lal Chowk in Srinagar where a demonstration will be held. It said that a memorandum would also be sent to the UN Secretary General, demanding the return of mortal remains of Maqbool Butt and Afzal Guru to the occupied territory.

India had executed Muhammad Afzal Guru in New Delhi’s Tihar Jail on 9th February in 2013 while Muhammad Maqbool Butt was hanged in the same jail on 11th February in 1984. The bodies of the two martyrs remain buried in the premises of the jail.