Use of brute force on protesters in Banihal denounced 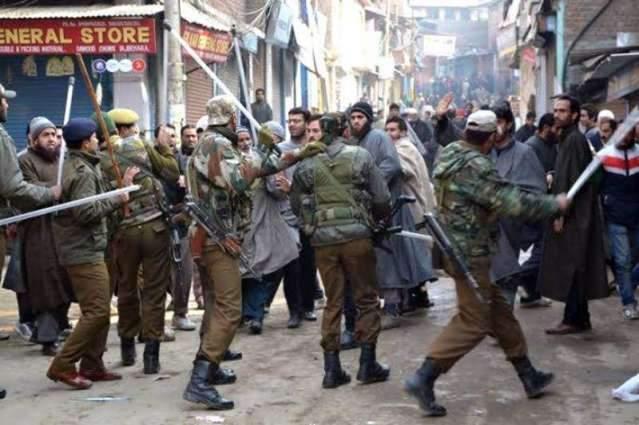 Muhammad Sharif Sartaj in a statement issued in Jammu said that Indian Prime Minister Narendra Modi had given license to its forces to subject civilian population to inhuman torture. He said Modi should forget that he would harass the Kashmiri people into submission through such brutal tactics.

The JKFM Chairman therefore urged Prime Minister Modi to stop bloodshed in occupied Kashmir and take practical steps for settlement of the long-pending Kashmir dispute. He also called upon international human rights organizations to take notice of Indian atrocities in the occupied territory.

Meanwhile, Jammu and Kashmir Peoples Movement Chairman, Mir Shahid Saleem in a statement in Jammu warned India to refrain from any fiddling with the special status of Jammu and Kashmir. He asked New Delhi to resolve the Kashmir dispute in its historical perspective.

Jammu and Kashmir Pir Panchal Peace Foundation Chairman Hanif Kalas in a statement condemned the deployment of 10,000 additional Indian troops in the occupied territory. He urged people to be prepared to thwart India’s ill-designs.

Eviction of Gujjars, Bakarwals from their lands in IIOJK condemned

APHC condemns abrupt hike in CASOs amid pandemic in IIOJK

Srinagar, May 18 (KMS): In Indian illegally occupied Jammu and Kashmir, the All Parties Hurriyat …