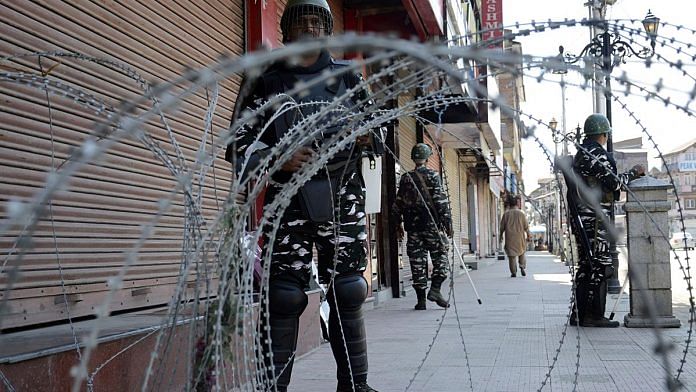 A report released by the Research Section of Kashmir Media Service on the completion of 16 months to the military siege, today, revealed that Indian troops martyred 291 Kashmiris including 7 women during the period. It said that most of the victims were killed by the troops in fake encounters in the garb of so-called cordon and search operations. It maintained that most of youth were picked up from their homes and then eliminated after falsely labeled as mujahideen or over-ground workers of mujahid organizations. It said that the killings by the troops during the last 16 months rendered 16 women widowed and 36 children orphaned.

The report pointed out that at least 1,577 people were critically injured due to the use of brute force including firing of bullets, pellets and teargas shells by Indian troops on peaceful demonstrators in the territory. It said at least 14,219 persons were arrested and thousands of them were booked under black laws. The troops damaged 976 houses and structures and molested or disgraced 94 women in the period, it added.