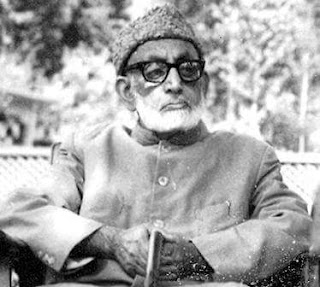 Senior Hurriyat leader Ghulam Mohammad Khan Sopori in a statement issued in Srinagar said, the living nations do not forget their brave hearts in any way who sacrificed their lives for the Kashmir cause. He said, the best way to pay tribute to the martyrs is to remember their mission and renew the pledge that the struggle to achieve the goal will be continued at all costs. He added that Shaheed Shams-ul-Haq was an educated person and a shining star of Kashmir associated with the Islamic movement, who was blessed by Allah Almighty with his grace both in terms of character and appearance.

The Chairman of Tehreek-e-Muzahamat, Bilal Ahmed Sidiqui said, Sofi Akbar was a man of principles and a born freedom-fighter who never compromised on his mission. Sofi Akbar stood against Sheikh Muhammad Abdullah when he signed the notorious 1975 Sheikh-Indira Accord which was the worst kind of political deceit, he added.

The Chairman of Jammu and Kashmir Muslim Conference, Shabbir Ahmed Dar said, the great resistance leader, Sofi Mohammad Akber had challenged the political might of Shaikh Abdullah at a time when he entered in an agreement with Indian prime minister, Indira Gandhi in 1975.

He said that Sofi Akber was an inspiring personality who founded Mahaz-e-Azadi to carry forward his freedom mission. His organization is one among a few which carried the mission of 1931 martyrs forward. “The political philosophy of Quid-e-Azam Mohammad Ali Jinnah was the guiding force for all the resistance leaders of Kashmir and same was the case with Sofi Akbar”, he added.