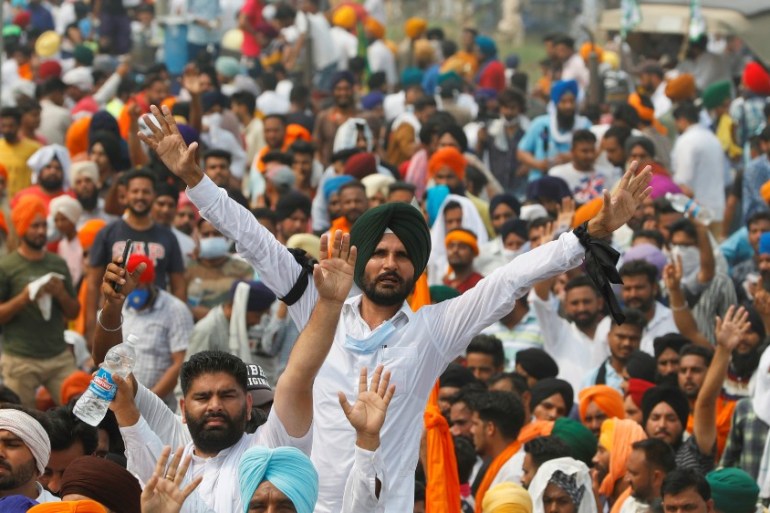 Noida, May 28 (KMS): A group of farmers protesting against the central farm laws on Friday staged a demonstration at the Jewar toll plaza,  disrupting traffic movement on the Yamuna Expressway.

The farmers belonging to the Bharatiya Kisan Union (BKU) had reached Jewar in Gautam Buddh Nagar on Thursday with an objective to stage the demonstration as part of their plan to carry out similar protests at some other toll plazas in western Uttar Pradesh.

According to police officials, some of the protesters, including a local leader of the group, were taken to the Jewar police station around midnight.

“They were brought to the station for a dialogue. We had requested them to call off the protest and vacate the toll plaza but they were reluctant to recede,” SHO, Jewar police station, Umesh Singh, told reporters.

The protesters went back from the police station after some time and carried on with their demonstration that continued on Friday morning also with them occupying two lanes of the Yamuna Expressway, according to officials.

“The Jewar toll plaza is open for vehicular movement. Only two lanes are blocked because of the farmers’ protest,” a Traffic Police official said. After observing ‘Black Day’ on May 26, the BKU, which has been demanding the repeal of the three new central farm laws since November 2020, has intensified its protest in parts of Uttar Pradesh since Thursday.

According to One India, supporters of the BKU, led by Rakesh Tikait, have been camping at Ghazipur on the Delhi-UP border since November 2020 with a demand that the Centre repeal the three contentious farm laws brought in last year.

The farmers claim that these laws would hurt their livelihood and leave them at the mercy of corporations. The government, which has held multiple rounds of official dialogue with the protestors, has maintained that the laws are pro-farmer.