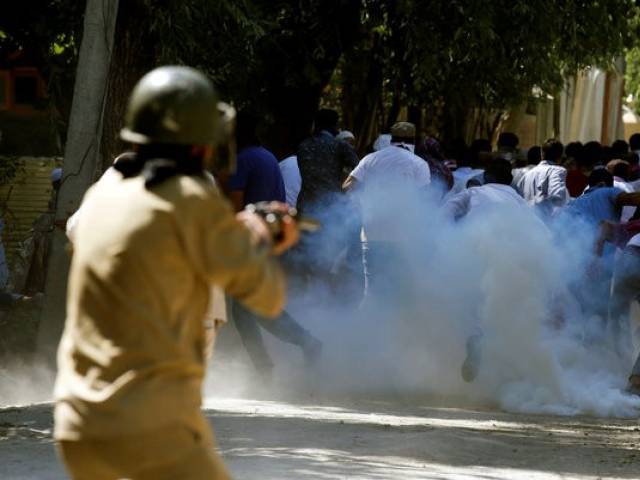 Srinagar, May 29 (KMS): In Indian illegally occupied Jammu and Kashmir, several people were injured due to the use of brute force by Indian troops and police on peaceful protesters in Shopian district.

People took to the streets at Ganowpora in Shopian and staged forceful demonstrations against the killing of a youth by Indian troops. The troops martyred the youth during a cordon and search operation in the area on Friday. The protesters raised high-pitched anti-India and pro-freedom slogans.

Indian troops and police personnel fired pellets and teargas shells to disperse the protesters. At least seven persons sustained pellet injuries. They were shifted to the District Hospital Shopian wherefrom they were referred to Srinagar for specialized treatment.

“We received seven persons with pellet injuries. All the injured were sent to Srinagar’s SMHS Hospital for advanced treatment,” a doctor at the District Hospital Shopian told media.

Noida, May 28 (KMS): A group of farmers protesting against the central farm laws on …